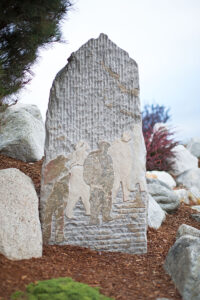 On November 3, 1885, a large group of Tacoma men rounded up all the Chinese people still in the city (about 200 people, including both individuals and whole families) and marched them out of town. The next day some Tacomans ravaged Chinese businesses downtown and burned shops and lodgings that formed the Chinese settlement along the waterfront. This dramatic set of actions was the climax of growing anti-Chinese sentiment in the region and beyond in the 1880s, the era of the Chinese Exclusion Act (1882) to stop Chinese immigration into the United States. In the western part of the country, Tacoma was not the only venue of violence; but Tacoma’s use of orderly force to drive out of the city all Chinese who had not left earlier, when tensions were mounting, set an example that became known as “The Tacoma Method,” remembered for its seeming avoidance of physical harm to the Chinese.

Lorraine Barker Hildebrand, author of Straw Hats, Sandals, and Steel: The Chinese in Washington State, drafted the original version of the following synopsis of the expulsion of Tacoma’s Chinese population. The statement dates from fall 1992 and was part of the earliest work of what would become the Chinese Reconciliation Project Foundation.*

“In 1849, Chinese workers began to emigrate to the United States, particularly California. Lured by tales of “Gum San,” the Land of the Golden Mountains, they came seeking a better life for themselves and their families in China.

Working the tailings left by white miners, they soon discovered that Gum San was not all they had been told. Oppressive taxes and restrictive legislation were enacted against them by white miners and other workers who feared a tide of foreign labor that would deprive white Californians of their livelihoods.

During the early 1860s, ten thousand Chinese laborers were imported to California to complete work on the Central Pacific Railroad. After the completion of the project in 1869, many of the Chinese were without work and had to look farther afield for jobs. British Columbia and eastern Washington Territory offered gold mining. In 1870, two thousand Chinese were hired to work on the Northern Pacific Railroad line from Kalama in the southwestern corner of Washington Territory to Tacoma, the western terminus of the line. Many Chinese came north, and both legislative and popular persecution followed them, first in British Columbia, then in eastern Washington, and finally in western Washington and the Puget Sound area.

Some say that history repeats itself, and in this instance, it did. Work that had been available for the Chinese began to dwindle as projects reached completion and the national economy went into a slump in 1873. As in California, Washington residents were beginning to feel the economic pinch, and they also looked for something or someone to blame. What better scapegoat than the Chinese: They wore odd clothes, ate different food, and, since they could “live on practically nothing,” sent most of their earnings home to China rather than spending it in the local economy.

Several local citizens who had witnessed problems in California firsthand and knew of Californians’ efforts to send away the Chinese met with the mayor of Tacoma and members of the school board, the legal profession, the local press, and other influential people. Together, they generated their plan for ridding Tacoma of its Chinese population: Not a massacre but an expulsion. This, they concluded, would assure plenty of jobs available for the locals who were without work in a sour economy.

Mass meetings, with the mayor presiding, were held at the Alpha Opera House for public debate on the subject. As reported in the local paper, the rhetoric was passionately in favor of expulsion. The other side of the debate was presented by some local citizens–Ezra Meeker, the Puyallup pioneer, and an alliance of Protestant ministers–but their pleas were in vain. Swayed by civic leaders and others, the crowds favored expulsion.

Warnings were issued to the Chinese: “You must be Gone!” Employers of Chinese workers were forced to replace them with whites or Indians. Posters on the telephone poles said “The Chinese Must Go!” Seattle soon followed Tacoma’s lead, and the persecution spread up and down the Puget Sound.

Final plans were made on the night of November 2, 1885. On November 3, at 9:30 a.m., the whistles blew at Lister’s Foundry and other mills in the area. Several hundred workers assembled and began their methodical march through Tacoma’s streets where the Chinese had businesses–wash-houses, chop-houses, shops–and residences. On to Chinatown and the waterfront they marched. At each place where Chinese were, the crowd stopped, hammered on the door, and told them to assemble at 7th and Pacific Avenue by early afternoon, for they were to leave Tacoma that day.

Later in the day, about 200 Chinese–young, old, men, and women–were gathered. Then began the forced trek to Lake View, a suburban railway station just beyond the city limit south of Tacoma. The wind was bitter and the rain driving as the Chinese were marched through the mud.

Some of the Chinese who were quite old or ill were driven to Lake View by wagon. The station at Lake View had only a shed for protection, and after seeing the distress of the Chinese some local people brought food and hot water for tea. Fortunately, no one was injured or killed. However, the wife of Lum May, a successful merchant, was so frightened by the violence that she lost her reason and threatened to kill people with an ax.

When the 3 a.m. train came through, some Chinese bought tickets and headed for Portland, Oregon. Later, when the morning freight train came, the engineer said “Put ’em aboard. I’ll take ’em to Portland!” For several days, forlorn Chinese stragglers could be seen walking the tracks southward. As Lum May said, “It was a sad spectacle.”

After the expulsion, the 27 key ringleaders of the event were arrested and taken to the Vancouver Barracks. They were prosecuted but never convicted. Some years later, the United States Government paid an indemnity of over $424,000 to the Chinese government for all damages to Chinese in the United States in numerous anti-Chinese incidents, including those in Tacoma and Seattle, Washington; Rock Springs, Wyoming; and elsewhere. 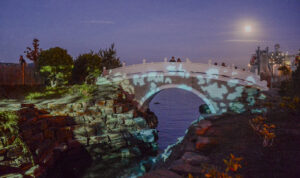 What became known as “The Tacoma Method” was successful, but Tacoma lost in the end. The city lost productive Chinese residents who could have contributed much to the wider community. There were no Chinese again in Tacoma until the 1920s, for they were discouraged for decades from coming to town and Tacomans actively campaigned not to allow Chinese to locate here.”

Lorraine Hildebrand ended her 1992 summary of the expulsion with words that look ahead, not back: “Now, the community is in the process of creating a park to reconcile this event and to provide a lesson for future generations–to welcome future Asian citizens to Tacoma.”

*Lorraine Barker Hildebrand, Straw Hats, Sandals, and Steel: The Chinese in Washington State (Tacoma: Washington State American Revolution Bicentennial Commission, 1977; reissued by the Washington State Historical Society, 1985). Ms. Hildebrand drafted the original version of this synopsis in fall 1992 for the Chinese Reconciliation Project Committee, of which she was a member. The term “The Tacoma Method” first appeared in George Dudley Lawson, “The Tacoma Method,” Overland Monthly, 7.39 (March 1886): 234-239. Lawson, a participant in the Tacoma movement to drive out the Chinese, praised the city for the orderly expulsion and its avoidance of violence.

The No Place Project
Originally called No Place for Your Kind, The No Place Project is a narrative photography project that documents contemporary locations where anti-Chinese violence took place in the late 19th and early 20th centuries in North America. The photographs are combined with stories about the events that happened at those sites.
https://www.noplaceproject.com/
tacoma1

TacomaMethod.com
This project was originally created by University of Puget Sound students enrolled in Digital History (399) during the spring of 2017. An additional round of editing and additions were made by students in Doing History (200) during the spring of 2018. Working in concert with Professor Andrew Gomez, the students were responsible for conducting primary and secondary research, writing original pieces of analysis, and using a variety of digital tools to enhance their arguments. Students in this course were also responsible for turning the “Tacoma Riot of 1885” Wikipedia entry from a “stub” to a full article. Inquiries related to the project can be directed to AndrewGomez@pugetsound.edu.
https://www.tacomamethod.com/