The History of the Chinese Reconciliation Project Foundation 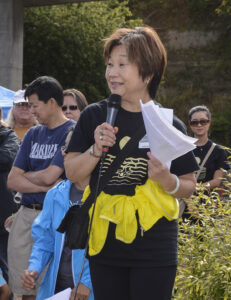 On November 30, 1993, the City Council unanimously approved Resolution No. 32415 to acknowledge that the 1885 expulsion was “a most reprehensible occurrence.” The City Council recognized the efforts of the citizens committee and endorsed the concept of building a Chinese Commemorative park and international pavilion at the former National Guard site on Commencement Bay. Appropriately, the property is near the site of the early Chinese Settlement called Little Canton.  The City Council authorized the expenditure of $25,000 for preliminary site plans, preliminary cost estimate, and project programming for the project.

The Chinese Reconciliation Project Foundation was founded in Spring, 1994 to continue the reconciliation process.